Ever since the discovery of Lucy in the Afar Triangle in Ethiopia, the country has often been referred to as the cradle of mankind and is regarded as one of the countries of origin of modern man. Due to its earlier advanced civilizations, its history that is rich in tradition and the largely undisturbed development of culture and civilization (due to the independence from European occupying powers during the colonial period), the country is an increasingly popular tourist destination. No African country has more UNESCO World Heritage Sites than Ethiopia. Ethiopia’s economy has been growing at a rapid pace for years. In 2017, Ethiopia was the world’s No. 1 country with an economic growth rate of 8.3%.

Despite all this, many Ethiopians are struggling with numerous structural problems. In addition to a poor infrastructure and insufficient supply of drinking water and food, the country also suffers from an extremely poor supply of electricity. Although electricity grids exist in many conurbations, they are insufficient and characterized by regular blackouts. The situation is even worse for the rural population: due to the lack of a power grid, people have to resort to diesel generators for larger facilities, firewood or kerosene lamps in smaller private huts, if available. Many diesel-operated wells are at a standstill because the supply of fuel is unsustainable in the long term. The use of solar power can thus tackle several problems at once and generate great benefits for the rural population in particular. 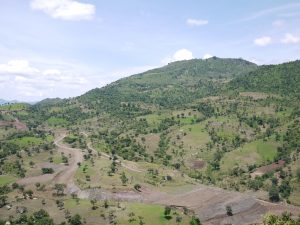 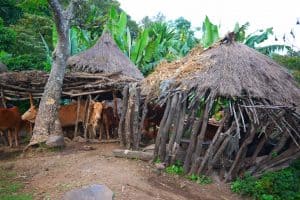